How To Reduce The Impact Of The Motorhome Ban

Worldwide, there has been something of a shake-up in the way that governments are aiming to reduce carbon dioxide emissions. Some of these involve higher taxes on factories that produce the highest amounts of CO2, and others involve the reduction of the production of CO2-emitting vehicles. In the UK from 2030 onwards, you will not be able to purchase a brand-new petrol or diesel van, car or motorhome.

This can seem extreme and can make many people who currently own a motorhome have concerns that this vehiclewill be illegal after 2030. This is not the case, however, and in this article, there are some tips to follow on how you can reduce the motorhome ban’s impact on your daily life.

Buy Your Motorhome Before 2029

The Future Of Diesel/Petrol Motorhomes & Campers means that it will be illegal to purchase these vehicles brand-new after 2030. So, when looking for financing options to help you make this purchase, as it gets closer to 2030 it will become increasingly difficult to get a loan to help you buy your motorhome. If you are set on buying a motorhome that is based on gas or diesel, aim to purchase in 2029 or even earlier if you can.

Consider that the ban is revolved around the purchasing of brand-new motor homes and vehicles. This means that you will still be able to purchase these options second hand and it is predicted that the prices may drop after 2030, making them more affordable. You will also need to consider that with second-hand purchases comes a higher risk of breakdown and issues with potential insurance, which will also likely have higher premiums post 2030 due to taxes that will be levied on owning these vehicles.

It’s worth noting that motorhomes will still be sold after 2030 firsthand, but they will be electric vehicles. Like electric cars, they will run on batteries, which will need to be charged for the engine to run.  So, why not take the plunge if you cannot make your purchase before 2030 and aim to invest in an electric vehicle instead?

Hydrogen-based fuel is becoming more commonplace at gas stations and, not surprisingly, there has been something of a shift in motorhome energy sources relating to this upcoming ban. This means that it is now possible to purchase a motorhome that runs on hydrogen-based fuel rather than diesel or petrol. A bonus of this is that instead of having to wait for your battery to charge, you will be able to top up your hydrogen-based engine at a gas station, which will take a few moments rather than a few hours.

There is of course the option to do away with motorhomes altogether when traveling and take public transport instead. With the majority of people now owning cars, the cost of public transport has dropped, and it can allow you to travel great distances in sometimes shorter periods than a motorhome would allow, whilst also allowing you to see the countryside as you travel. 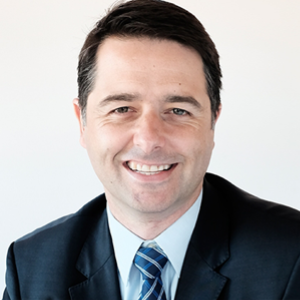 4 Things not to forget for your summer camping trip

How Buying Your Own Kayak Is Really A Long Term And Good Investment?

What Is So Special In The Beautiful City Manali?

Before Your Road Trip to Kilkenny: One Thing to Check

Tips On Catching The Biggest Carps

Top 7 Cities In Spain You Must See

Why is English Grammar Important for Kids?

5 Types of chokers and what they mean